On my first trip to the UK in 2011, I hired a car and spent two weeks wending my way, nervously, around narrow roads and laneways designed originally for horses and carts. I decided this time not to put myself through that stress, and so took advantage of a British Rail offer: 8 days of travel within a month for under $500, which I thought, after checking prices for individual trips, sounded good, though the offer is only for we people living outside the country, which seems awfully unfair on the locals.

And so I was quite looking forward to being transported from Cambridge to Bath with the least amount of effort, though I had, for some reason, expected the train to go direct. It hadn’t entered my head the least amount of effort would entail going all the way back to London, getting off, catching a train to Paddington (after buying a ticket from a machine you need a university degree to understand – maybe it’s just me), getting off and getting another one to Bath. After all that, I still arrived by lunchtime.

I wasn’t sure what I thought of Bath at first, its buildings being relatively new after the ancient ones of Cambridge and Ely. It looked rather bland, with its street after street of terraces all looking the same. Yet it grew on me, and by the time I left I loved it. So elegant, organised – comforting, somehow.

On a tour of No 1 Royal Crescent, it was explained to me the Georgians love of order and balance. The tour guide pointed out that if there was a door at one end of a wall, they had to put one at the other end to balance it up, even if the second door was false. 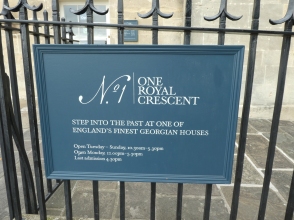 I couldn’t quite believe my luck when, after finding my way from my digs at the university down to the centre of town, The Libertine, a play I had planned to see in London (in fact it was at the top of my list), was on that night at the recently renovated Theatre Royal.

It was starring the lovely Dominic Cooper, known for playing the role of the spy, Ian Fleming, writer of the James Bond books, Prime Minister Charles Grey, lover of Georgiana Cavendish in The Duchess, and many others. I dived into the theatre and booked a ticket, allowing me a free night in London for an extra show. 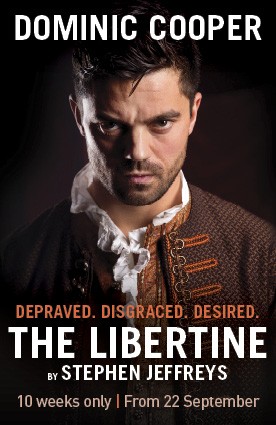 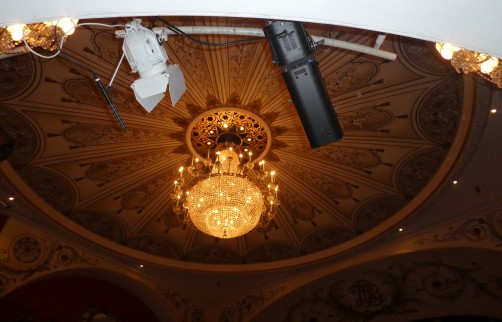 The play started a half-an-hour late, a result of the star being caught up in rail strikes and having, at the last minute, to drive his car. It was a lovely warm autumn evening, and so I waited the time out sitting at a table in the late afternoon sunshine with a glass of ‘champers’.

It was a great show, funny, raunchy, and Dominic and the cast were fabulous. As an after-thought, don’t you think it’s lovely that big stars catch the train to work like the rest of us?