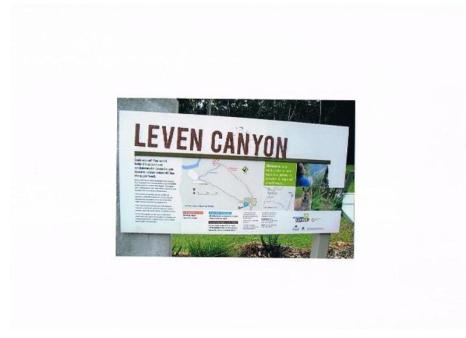 I followed a forest track to a large cantilevered platform, suspended and directed out over the canyon.

Halfway out, my fear of heights dug in. I closed my eyes and held tightly to the railing, breathing deeply. Intellectually, I knew I was safe but it didn’t help. And it didn’t matter. Halfway was good, looking out across the ever-present layers of forest-covered mountains, with a glimpse, if I leaned forward just slightly, of the Leven River. 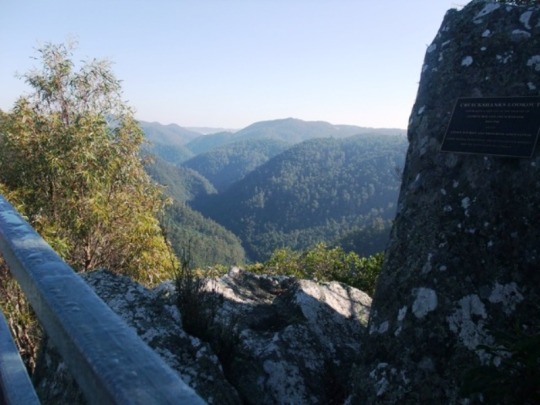 The valley was explored by timber cutters and settlers in the 1850s, but had been discovered by the indigenous North Tribe centuries before, and mapped through shared stories. They passed through here as part of their seasonal migration, hunting on inland plains kept clear by regular fires, moving to the coast in winter to avoid the extreme cold and heavy snow. They must have been quite powerful in terms of trade, as most of the highly-prized ochre, used to paint the hair and body, originated in their territory.

Steps have been installed in a track down to the floor of the canyon – 697 of them. 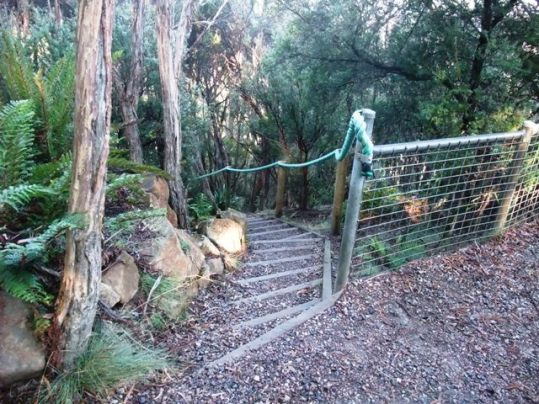 697? I’d do it. Periodic seating has been added to curtail the incidence of heart failure. Step numbers are carved into the seats to tell where you’ve been and how far you’ve got to go. 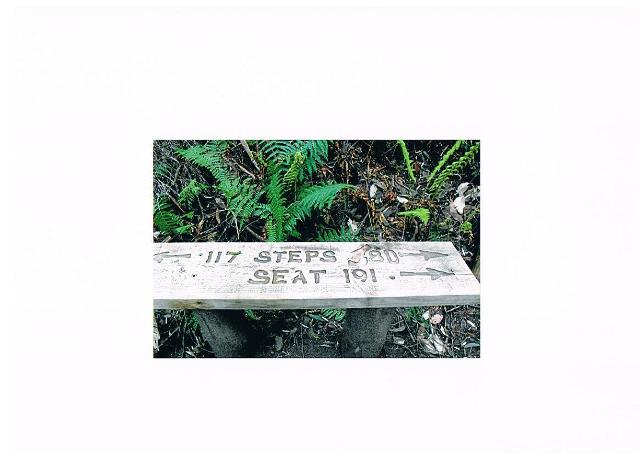 The river at the bottom of the gorge is a stream, at best, bordered as usual by enormous ferns. A little bridge leads across to the other side. Birds darted through the trees, butterflies flitted around the rustling undergrowth and the water rippled by me. 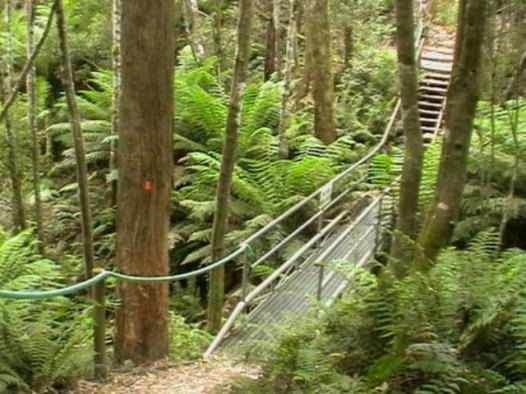 I could, happily, have remained there for hours but I realised walking down meant walking up again. Luckily, there was an alternative route back. Climbing 697 steps would kill me. I wonder how often they check for bodies.

The pathway is almost perpendicular. I stopped often to get my breath back and allow my heart to slow. Spider webs brushed my face. Mosquitoes attacked. 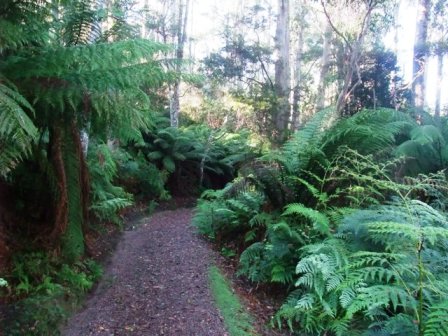 The forest suddenly opened out to the car park. Lunch in a bush spot is a delight. Some people prefer their holidays to be spent in the hype of, say, Vegas or Rio, or even the Gold Coast. I’m completely content with a coffee from my thermos and a salmon and avocado sandwich from my Esky, though I wouldn’t knock back Vegas or Rio if it was offered. 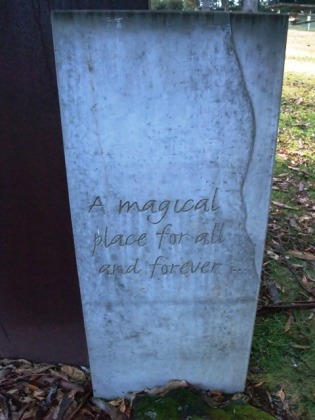 I packed up and retraced the 12 kilometres of winding road to the B15. On the way to Deloraine, my digs for the night, were villages with names like Lower Crackpot, Promised Land and Nowhere Else. I was keen to check them out but when I got close, found they were not on the main road, as the map showed, but several kilometres off. You’d need six months if you wanted to explore every country lane in Tassie, or a year, or maybe you’d need to live there.