It almost worked, except for the sports car driver who became so upset with my slow speed on Macquarie Pass that he lost patience (he’d been there all of three seconds), and cut across my back corner so close that he nearly sent the two of us into the valley below. He then rested on his horn for a good four or five seconds to tell me where I’d gone wrong.

Having survived, I sat in a beautiful cafe in Moss Vale, trying not to cry, and vowed and declared that for the moment I would give mountains a miss, partly for myself and partly for others who are trying to get from one place to another. 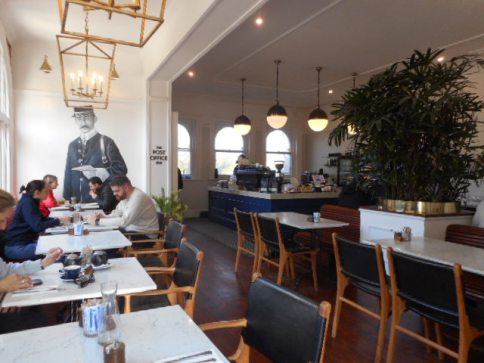 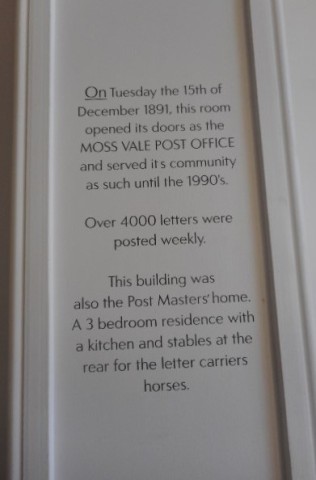 Moss Vale is a great place to get back your equilibrium. There seems to be a lot of pride in the town. I wish my photos could show how lovely the gardens are: tulips, mainly, with some irises and daffodils thrown in. 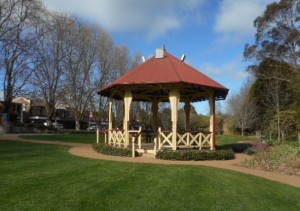 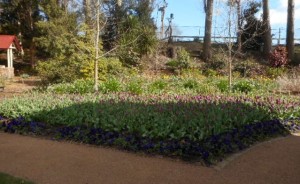 They even provide free filtered water. How thoughtful.

I wish I’d had more time to explore the town. It’s obviously much bigger than it first seemed to my addled brain. 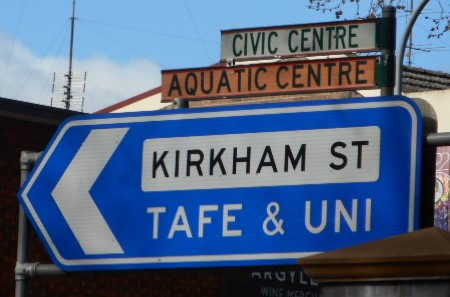 I dragged myself away across to the Hume and down to Goulburn.

Goulburn was Australia’s first inland city and now has a population of around 24,000. Its a hub of wool and stock trading, its largest industry being the production of fine merino wool.

Goulburn provides just about everything you’d want if you were staying for a few days: culture, wineries, good food (so the tourism site says), art galleries, performing arts and music festivals, and a gaol.

A lot of renovating is going on with the two biggest churches, which prevented me from having a look inside. Disappointing; some of these churches are so beautiful.

St Clair Villa was built between 1843 and 1849 by architect and builder, James Sinclair. Over the years, since his death in 1851, it’s been used as a private property, a ‘school for young ladies’, and a boarding house. It was bought by Horace Oliver Pursehouse in 1922, and remained in his family until the late 1960s. With a grant from the NSW Premier’s Department, the property was opened as an historical house museum. It was added to the National Trust register in 1976.

It houses important local archives and museum collections, including historic photographs, parish maps, local newspapers, and diaries and journals from early pioneers. It sounded terrific but sadly was closed for conservation works.

I spent the night at Goulburn Central Motel, overseen by the spire of the Old Cathedral. It was conveniently right in the middle of town, walking distance to everything, reasonably priced and comfortable. I would stay there again if I went back.

In fact, I will be coming back when I’ve got more time, because the town is surrounded by little villages that I had no idea about, and they look delightful – and I definitely want another look at Moss Vale.

Whether you’re coming into Goulburn or leaving, you have to stop to worship at the feet of ‘Rambo’, a 15.2 metre tall concrete merino ram, standing as a monument to the local wool industry. Pretty impressive, is ‘Rambo’.

I hadn’t had breakfast before leaving, so was pleased when I saw, just an hour down the road, a sign for a turnoff to Barney’s Cafe, a sight for sore eyes, as I was feeling peckish, to say the least.

Barney’s is in a village by the name of Bookham, which seemed to be made up of an old stone church and a community hall opposite a park, though the sign says there are tennis and cricket clubs, a Lion’s Club, a hospital auxiliary and a fire brigade, among others.

It was a great little spot to stop. With my caffeine fix firmly in place, I headed out to my next stop, the very historic town of Gundagai.