There are advantages I discovered, as a writer, to having a new virus flitting around, one being that, what with not being allowed to visit my father in his care home, no movies, no shows or Melbourne’s Comedy Festival, I had more time for projects I’ve been putting off for far too long.

One of these was a re-editing of my book, Hangi, Haka and Hobbits, relating my experiences while road-tripping around both islands of New Zealand. Now 10,000 words less (can you believe it?) it’s trim, taut and well, hopefully terrific. 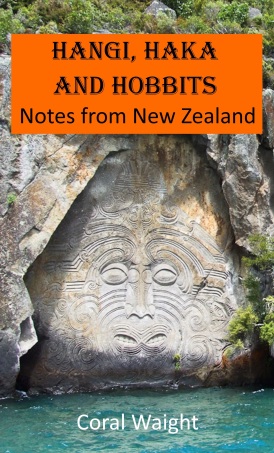 New Zealand is an easy place to drive around, that’s as long as you don’t run off the road while boggling at the South Island’s divine scenery: mountains, lakes, fiords and glaciers, and the North Island’s glittering coastlines and volcanic landscape – you can stand in the centre of Rotorua and watch the Earth’s molten core bubbling up all around you.

My favourite spot on the South Island was Milford Sound. On the way to Milford, you have to go through the one-way Homer Tunnel that cuts through the top of the mountain.  I expected there to be lights. Where I thought the electricity would be coming from, I have no idea. My headlights were not much help in piercing the gloom. I felt like Frodo, forging his way through the mountain. At any moment, I expected a gigantic slavering spider to drop onto my car and suck out my innards.

My favourite on the North Island was Waimangu Volcanic Valley, not far from Rotorua. With steam wafting from gaps in the cliff face, it was like something from another era. It only needed a dinosaur to trot past and the picture would have been complete.

Also a favourite was The Shire at Hobbiton, the movie set from The Lord of the Rings and The Hobbit movies, at Matamata, permission to turn back into a child for a few hours. All around me were bumpy hills, colourful doors and latticed windows slotted into their sides, chimneys popping from their crowns.

Looking across to the Old Mill with its water-wheel and its little double-arched bridge leading to the Green Dragon Inn, I could pretend, just for a moment, I was  in Medieval England. 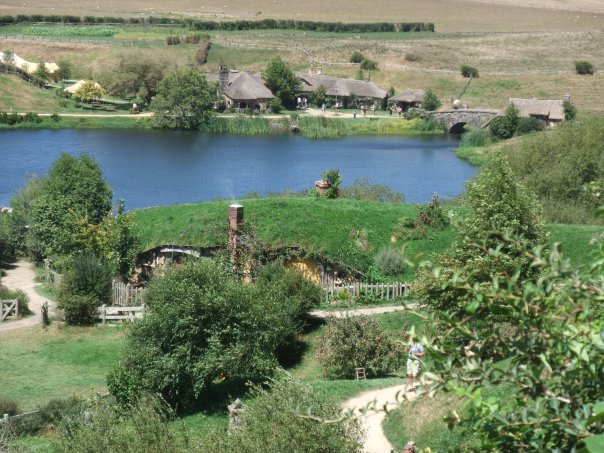 I forgot that when you stay on your own in an old pub overnight, you’re actually on your own. The owner goes home. I came down in the morning to find myself accidentally locked in. I had to break out. I felt like a refugee escaping detention.

Sacred to Maori is Mt. Taranaki in Egmont National Park, on the west coast. The mountain is a perfect cone, so round it could have been drawn by a compass. It looks so much like Japan’s Mt. Fuji, it was used as that in the movie, The Last Samurai.

It was a slightly intimidating experience taking a rickety elevator up through a hill at Whanganui. Halfway along the 205-metre-long tunnel to get to it, I felt like a mole going home after a long day of foraging. Thank heavens there was a woman inside to work the monster, as it rattled its way up through the hill. 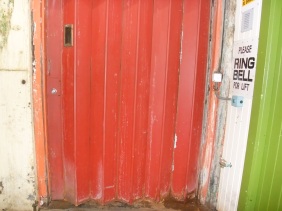 Coming out at the top, I was in danger of being lifted up by the vicious wind and deposited in the winding Whanganui River.

This is Sharon, preparing to emcee the Fringe Festival awards in St. John’s in the City church in Wellington. She didn’t mind at all posing for  me. Such a character. Sharon’s actually Australian so you may catch her around the traps. Sharon’s website: http://www.famoussharon.com

Travel experiences, as we often find, don’t turn out as expected. On my bucket list was the Coastal Pacific Rail from Picton down the South Island’s east coast to Christchurch. A major storm had been forecast for the Christchurch area but we were safe as we watched it from our protected cocoon. It was like watching a movie, a travelogue perhaps, of a storm on the east coast of New Zealand.

Until, that is, we hit a tree on the track, knocked there by the storm. ‘We haven’t been derailed,’ said a woman in a Kiwirail uniform (which was a great relief) ‘but we have to wait for a team to come and remove it from the track.’ We finally arrived in Christchurch at 8.45pm.  The storm continued through the next day, causing havoc in Christchurch, already devastated by earthquakes.

It was very sad to see the state of the cathedral after the 2011 earthquakes, though I read recently they’ve made the decision to rebuild it.

In the meantime, they’re using what they call the Transitional Cathedral. Made of cardboard tubes and shipping containers, it cost a mere $5.3 million and seats 700 people.

My book is available from Amazon. If you would like to check it out and read a couple of chapters for free, click on this link: http://www.amazon.com.au/dp/B01F23ETLK

19 thoughts on “Hangi, Haka and Hobbits: Notes from New Zealand”