For some reason, I’d never had a good look around Bendigo and thought it was about time I did.

Bendigo is a prosperous city, 90 minutes north-west of Melbourne, begun when gold was discovered in 1851. The original finds were the first of 9 billion dollars worth of gold found in the Bendigo area, making it the seventh richest gold field in the world.

I was able to find a motel right in the middle of town, and so left the car in its spot and spent the two days I was there mostly on foot.

The Alexandra Fountain, named after Queen Victoria’s daughter-in-law, is the introduction to the city centre.

A fair amount of income from the gold mines was pumped back into the city and so Bendigo now has one of the finest collections of Victorian buildings of any inland city in Australia.

The opulent Shamrock Hotel has been the queen of Bendigo’s social scene since 1897. 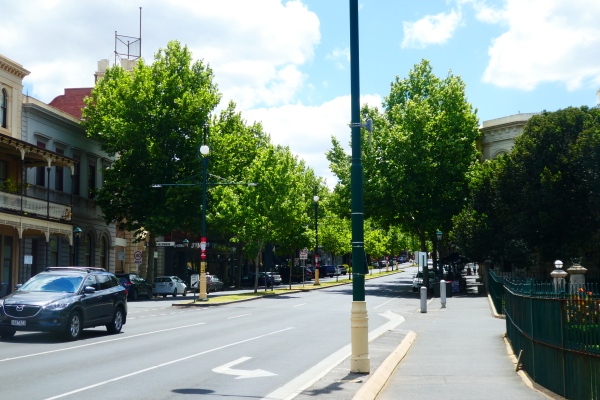 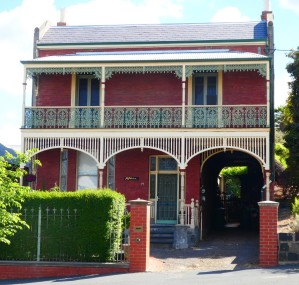 No shortage of old pubs. 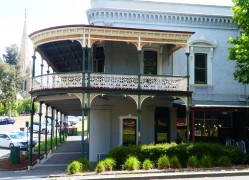 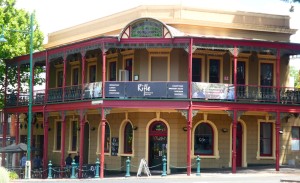 There are vintage trams that do a loop of the city, while giving you the history of the city and the goldfields. $17 gets you a day of hopping on and off at the various attractions. 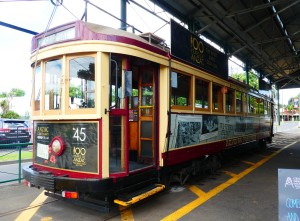 Rosalind Park covers a large area along the east side of High Street and continues up  Camp Hill, giving a good lookout over the city centre. It encompasses the Camp Hill Primary School, Bendigo Senior Secondary College,  the Queen Elizabeth Oval and various other sporting venues.

Also part of the park is the new Ulumbarra Theatre, housed in the old Sandhurst Gaol. There were no shows on so I missed out on getting a look inside. Definitely something to go back for.

I spent a lot of time in the park, as it’s a very pleasant way of getting from one spot to another. 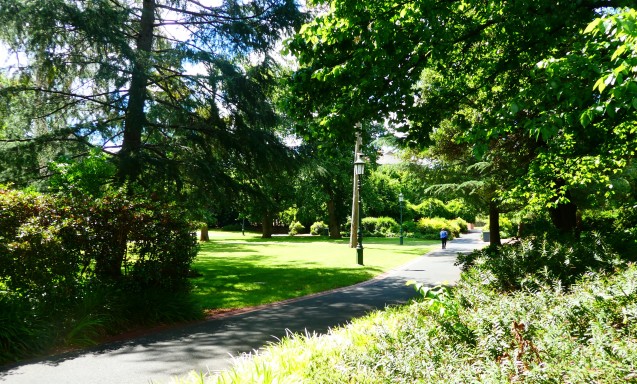 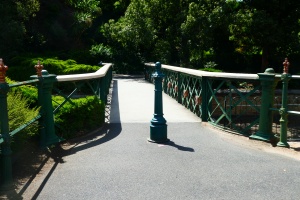 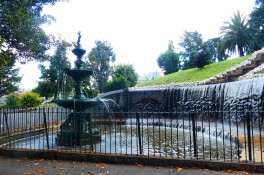 Sacred Heart Catholic Cathedral is the largest in the state outside of Melbourne. Set on a hill, its spire dominates Bendigo’s skyline. 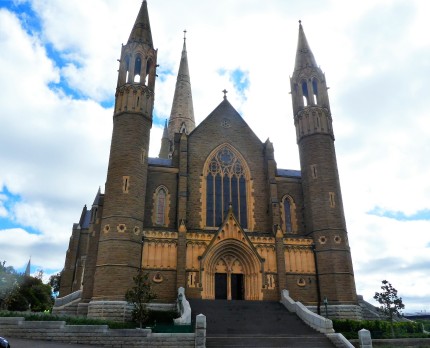 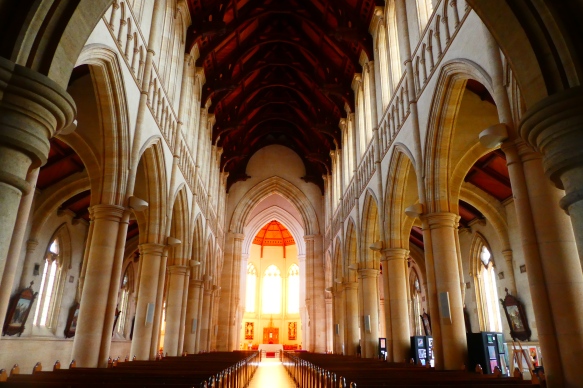 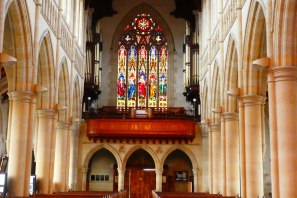 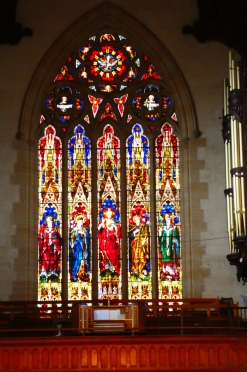 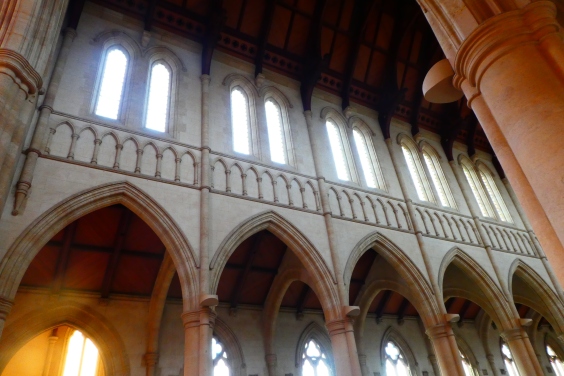 Next time I’ll feature the Golden Dragon Museum, which was opened in 1991 to honour the significance of Chinese people on the goldfields. It deserves a post all of its own.

What better way to finish off the day  than a glass of red on the balcony of the Shamrock Hotel. 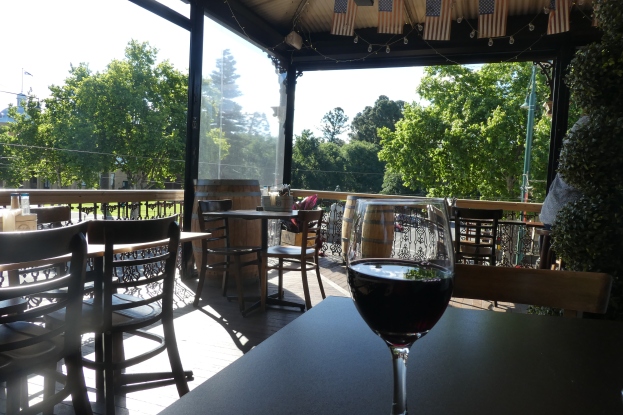 32 thoughts on “A Couple of Days in Bendigo”