Just a short walk up from my hotel in Canterbury was the Westgate, the largest surviving medieval gate in England and the city’s only surviving gateway since 1830, as well as historically being the entry point for all visitors coming from London.

Built in 1380, as a fortification against the French during the Hundred Years’ War, the gate was used as the city prison and police station until 1829. It now houses a museum and small exhibition of armaments and weapons from the English Civil War to World War ll.

This bell, inscribed with a date of 1781, is said to have been rung during the hanging of a criminal. 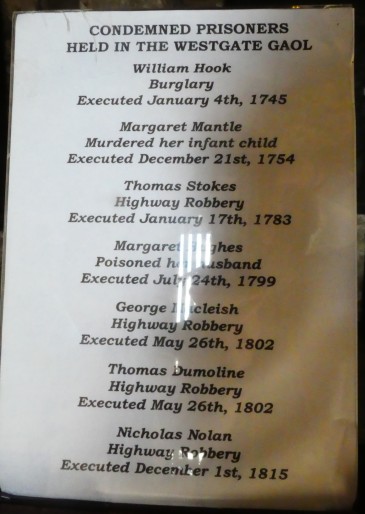 I don’t think you’d be too comfortable if you’d been caught with your hand in the till. The felons’ cells c1830 were protected by heavy oak doors, those on the first floor also by heavy iron gates. Each door had a small square inspection hole, and was closed with two strong bolts, just to make sure no-one made a dash for it. Each cell was provided with a cast-iron window, an iron bed-frame and a chamber pot. 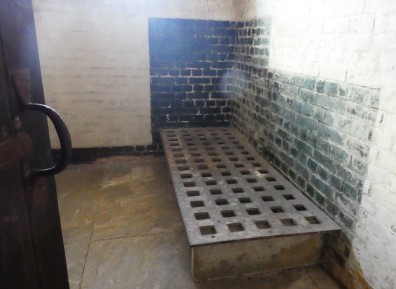 I climbed the winding stone steps to the roof of the North Tower, to look across at the various views of the city. The design of this particular Gate included the 60 foot drum towers, gun loops, battlements and machicolations – holes for dropping burning oil onto attackers. As you do.

I returned to street level and wandered in the sunshine to the river and the gardens. 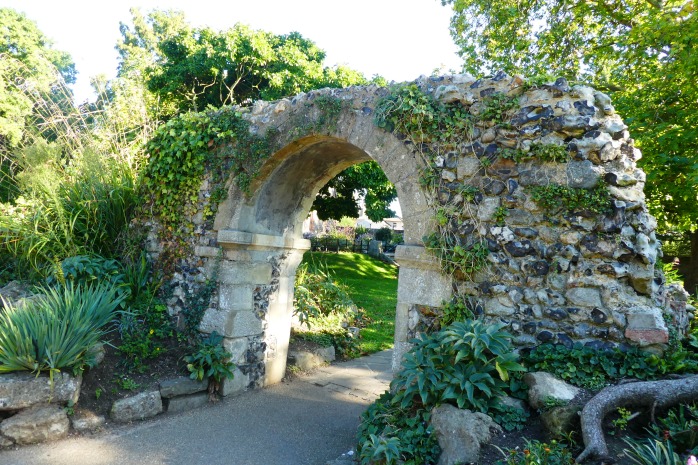 Set in the gardens near the Westgate is this Tower House, a family home from the early 1600s until 1936, when it was given to the City. I always wanted to live in a tower. Something to do with all those childhood fairytales. 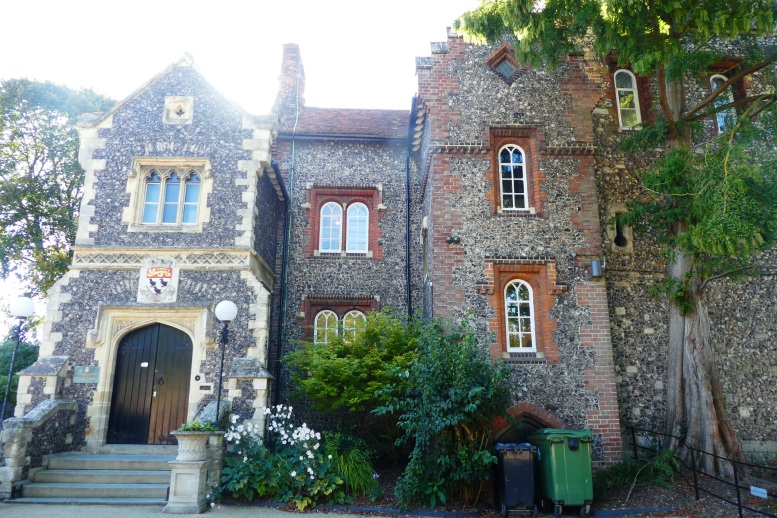 Something else I really enjoyed while in Canterbury was The Canterbury Tales, in St. Margaret’s Street. It’s a theatrical production that takes you through Geoffrey Chaucer’s tales of the pilgrims on their journey to the shrine of St. Thomas Beckett. It’s funny, a little bit racy, and I loved it.