Not having had time to go anywhere to write about in the last few weeks, I’m returning to my trip to England in September 2016, where I had arrived in Chichester and spent the first morning walking the city walls and beautiful Priory Park. To read that post, click here.

Anyone who’s not interested in cathedrals should click off now as I’m besotted with them and am likely to become a bit boring.

Chichester Cathedral is in the very centre of town, right in the middle of the shopping precinct. 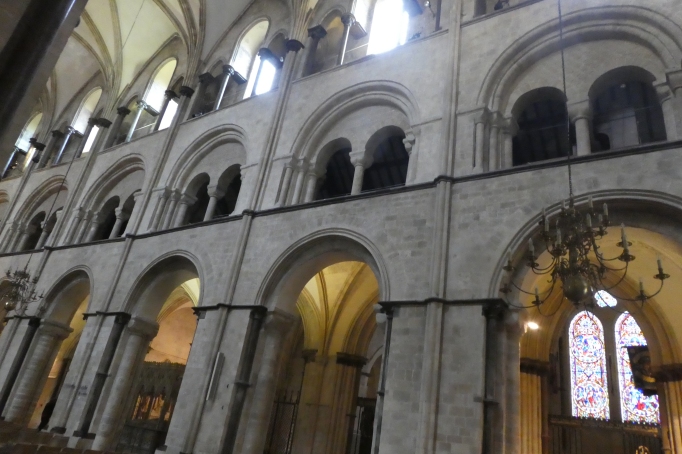 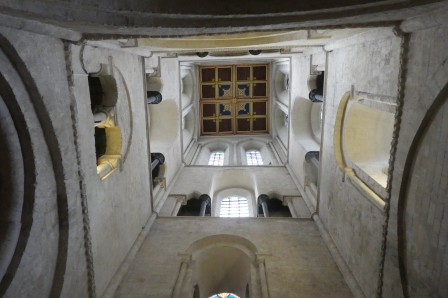 I wandered around for awhile with the other tourists. Each hour there’s a pause while a priest delivers a short, quiet prayer from the pulpit. We were not expected to pause as well but everyone did, and it gave the whole place a lovely tranquil feel.

The figures on this tomb represent Richard Fitzalan, 3rd Earl of Arundel and his wife Eleanor, who were buried together in the 1300s. The lady’s crossed legs, giving the effect of turning towards her husband, is rare. And their hands are joined, showing affection, also unusual for the time where the husband was a knight rather than a civilian. A happy marriage, I think. 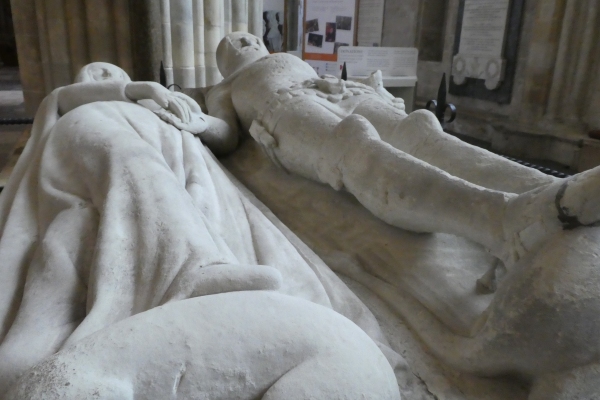 I wandered along the cloisters and couldn’t believe my luck. An open door led to a bright, airy restaurant, offering a buffet lunch of cold meats, salads and fruit, all for the price of, can’t remember exactly, but it was round A$8.00. It’s quite difficult to eat healthily when on the road, I find, anyway, unless you pay for expensive restaurants. I start yearning for a spot of cauliflower or broccoli and I don’t even like them. I piled up my plate, ordered a coffee and found a place looking out onto the gardens. 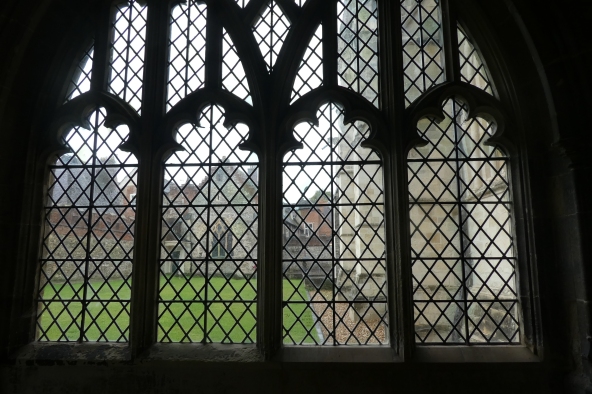 There’s a lovely feel about Chichester Cathedral and its surrounds, as if it’s as much a community centre as a church.This was the only cathedral I visited in England that didn’t charge to get in. I personally think that once you buy a ticket to a church, it should cover at least a couple of days. Some are just too much to take in in one go.

And so, I was able to go back again the next day for another look and for the restaurant’s Sunday roast.

While I was  taking photos of the quire, a woman suggested I hang around for the sung service that was about to start and so I attended my first ever Church of England mass. 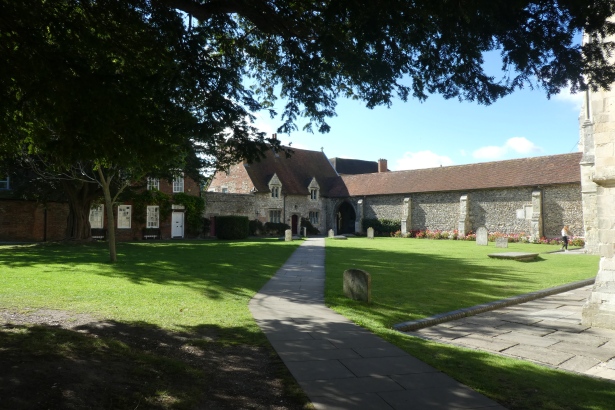 After my roast lunch, I wandered around quiet back streets of Georgian terraces and old churches.

Later in the afternoon, I returned to my digs at The George and Dragon Inn for a Pressecco in the beer garden (very convenient having a beer garden attached to your bedroom), before packing up in preparation for leaving next morning for three days in Canterbury.

I loved Chichester. I would be quite happy to come back and spend more time having a really good look around the area. It would also be a great spot to stop in the middle of a trip for a break.

And I would stay at The George and Dragon. And I would definitely time it to catch shows at both theatres, something I missed this time, seeing I forgot they don’t work Sundays.