After the long drive from Melbourne and the checking out of the wheat silos, I decided to leave the exploration of Benalla to the morning.  I came out of my motel on the edge of town early to discover an almost solid wall of fog. Still, intrepid traveller that I am, I headed in and I’m glad I did. I don’t know why I’ve never been here before but I have to say, it’s a lovely town, built around Lake Benalla.

Boardwalks and paths lead along the edge of the lake and through bush on the other side. 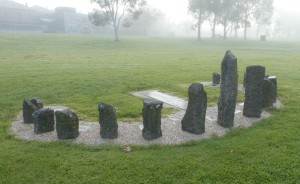 After taking photos in the fog for about an hour and feeling as if the tips of my fingers were about to fall off from the cold, I adjourned to the bakery to thaw out with breakfast and hot coffee. In that short time, the fog had lifted leaving bright sunshine. 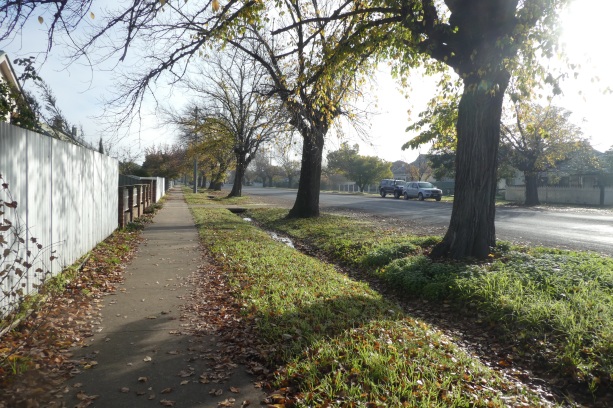 Benalla is known as the regional street art capital of Australia. Every year, Benalla Rural City hosts the Benalla Street Art Wall Festival. The Festival brings together leading international and local artists to create new murals to adorn the streets of Benalla and its rural townships.

These are some of my favourites, though they’re all fabulous. 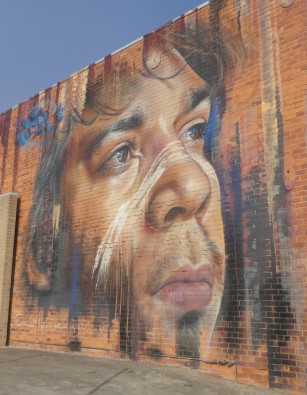 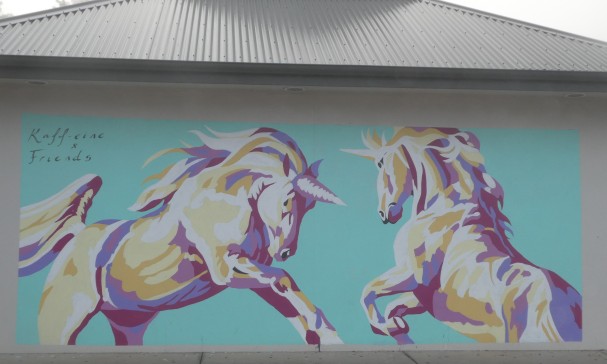 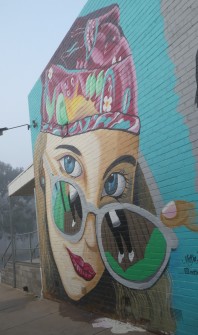 Benalla is two hours north of Melbourne (or three if you live in the south-east and have to use the Monash Freeway, otherwise known as the Monash car park, to get through the city, but mustn’t complain) and an hour south  of the border at Albury. It’s really worth stopping for a look.