Continuing my exploration of Victoria’s Gippsland, I decided to check out the historic gold-mining town of Walhalla.

I stayed overnight in Morwell, on the M1, to make a quick getaway in the morning, starting with a look at the mighty Loy Yang Power Station and coal mine, just out of Traralgon. The mine  has an annual output of around 30 million tonnes of coal, though the company is keen to point out it has a generation portfolio spread across many forms of renewables, as well. 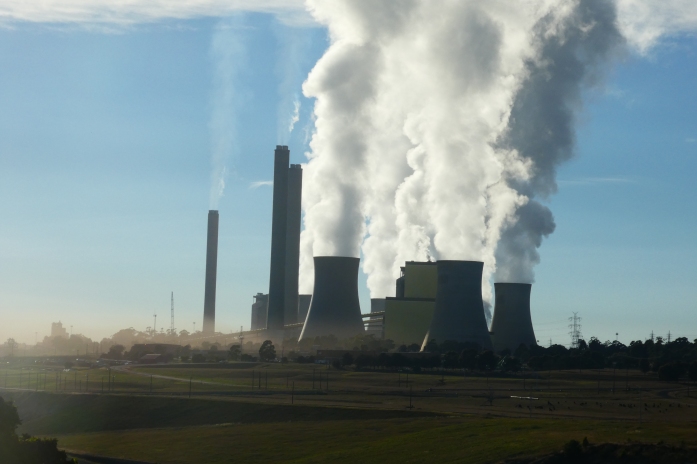 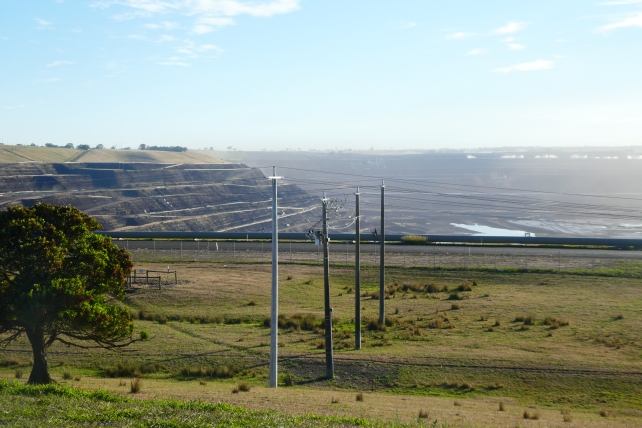 From Traralgon, I took the road north, away from traffic and into forested hills. 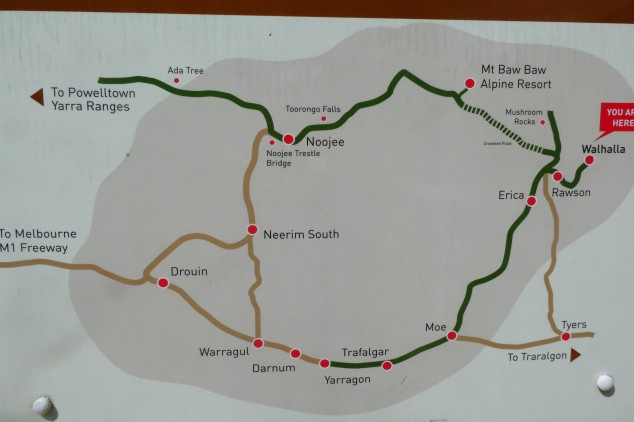 Walhalla is an old gold-mining town, set in a deep valley within the Baw Baw mountain range. 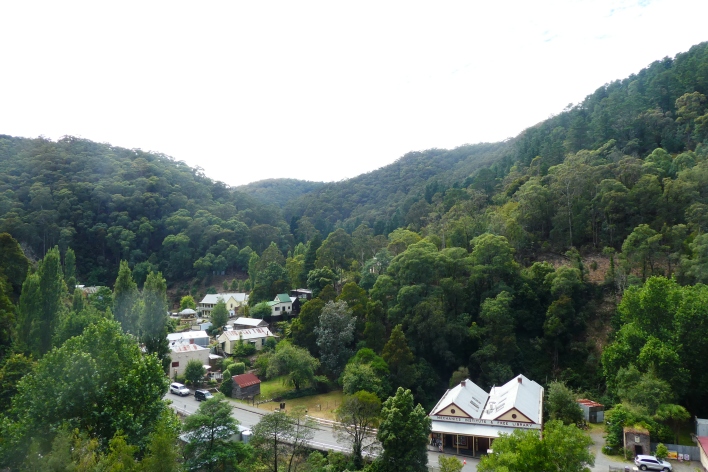 Gold was discovered in 1862, and for the next 50 years, it was one of the largest gold-producing areas in Victoria. At its peak during the 1880s, the population reached 3500, with 10 hotels, 2 breweries, 7 churches, several dance halls and more than 30 shops.

By 1914, though, the enormous amounts of timber used by the mines had caused the forests to be stripped bare.

Wood became as expensive as gold and so it became unprofitable to continue with the mines. People used the brand new railway from Moe to leave town and the buildings were either removed or left to decay. This is why there are so few buildings today.

Since the 1950s, the Walhalla Improvement League have been restoring the town. Signs take you from one historic site to the next and it’s a terrific glimpse into the past. Walhalla’s wealth meant that there was a photographic studio and so there’s also a terrific collection of photos from the era. 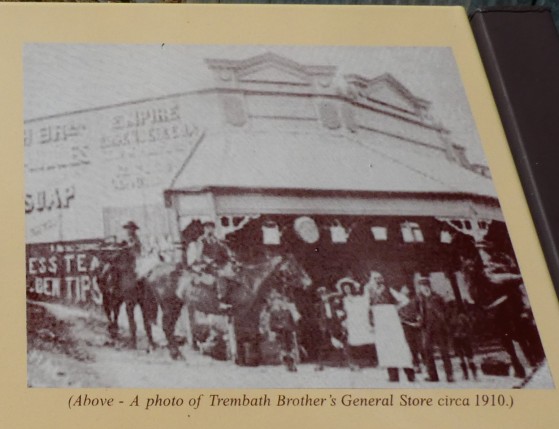 A branch of the Bank of Victoria was established in 1865. All that’s left now is the bank vault. During its operation, the vault stored approximately 74 tonnes of gold, at today’s value, around $1,400,000,000. Mindboggling! 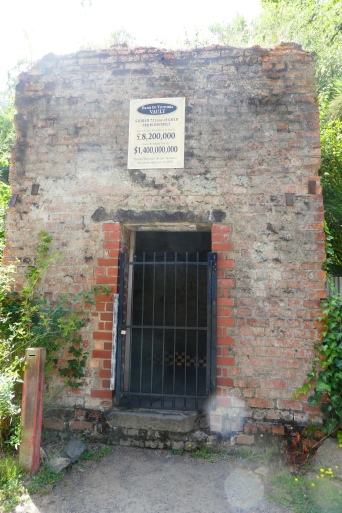 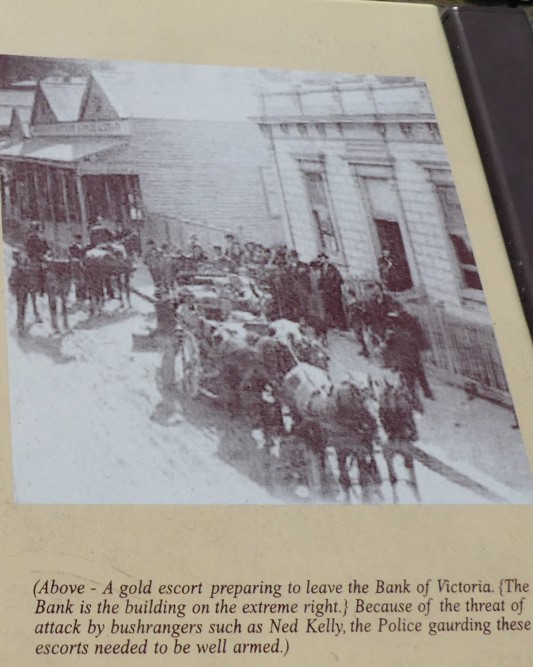 The lovely rotunda was originally built for the Mountaineer Brass Band, and is still being used for concerts, poetry readings, lectures and weddings. 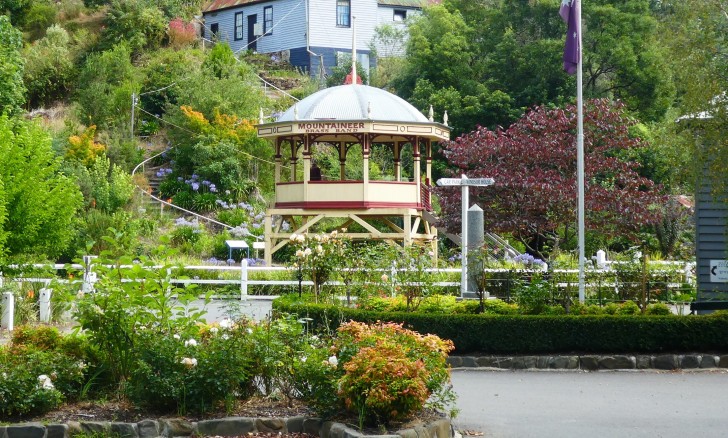 I climbed the hill to the Masonic Hall and wandered along what was one of the mine’s tramways. 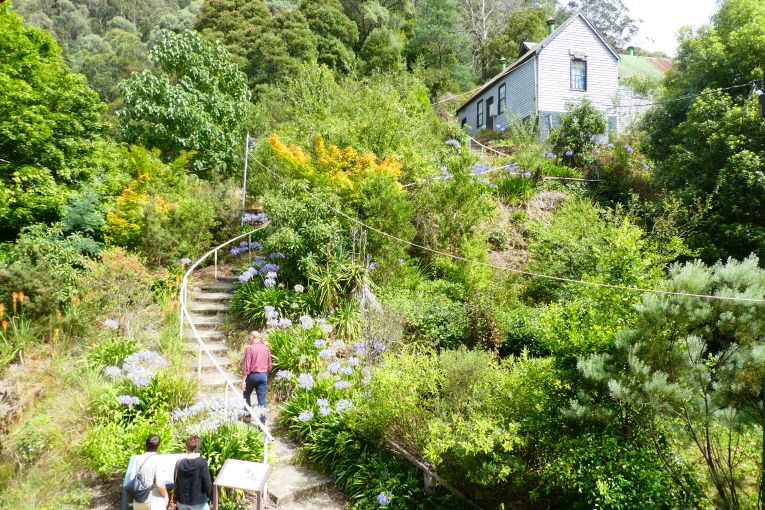 There was a network of tramways used for the transporting of the timber from the forest through to the mines’ boilers. At their peak, the boilers consumed around 34,000 tons of wood annually, hence the denuding of the surrounding hills. In the 100 years since, the forest has renewed itself.

One of these days I’ll remember that, tourism-wise, Mondays are not good. I always seem to turn up at places on Mondays and wonder why almost everything’s shut. Most of the few little shops that are there were closed.

The Walhalla Goldfields Railway was formed in 1991 and they’ve rebuilt the narrow gauge line from the Thomson River to Walhalla, replacing a small section of the Moe to Walhalla line closed years before. It also wasn’t running on Mondays so I missed that as well. The station was open though, so I got a good look at that. It was rebuilt pretty much as it was originally at GippsTAFE Yallourn, as a training exercise for mature-age students. They did a great job. It’s gorgeous. 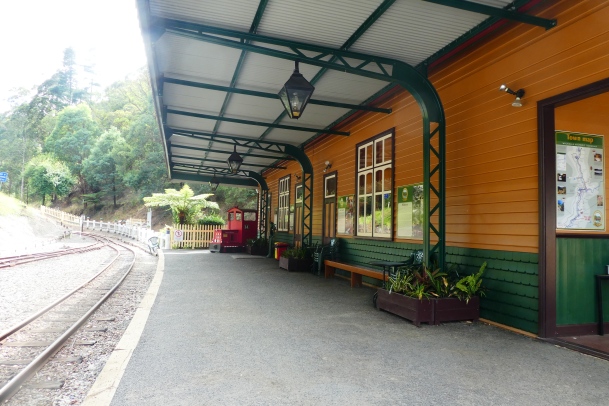 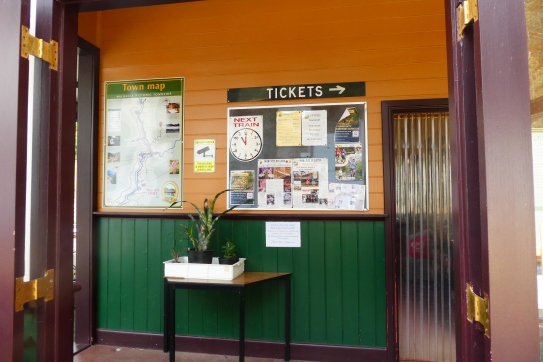 I remember these scales being on railway platforms. Gosh, I must be ancient. No rude comments from fellow bloggers, please.

I passed by the little Thomson railway station and Thomson River bridge on the way through. 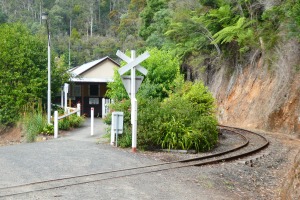 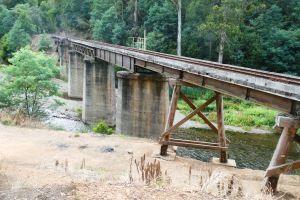 I had to add this old photo to show how ideas in child care have changed. The children are sitting on the edge of the open carriage all squashed up against each other and leaning out, while crossing a bridge over a river.

Something that is open on Mondays and most other days of the year is the Long Tunnel Extended Mine Tour. Cohen’s Reef, an extremely rich vein of gold, was discovered in 1871. The company then dug down 150 metres to install a large underground machinery chamber, housing three enormous Cornish boilers. The mine eventually reached a depth of 923 metres below the machinery chamber with 8.5 kilometres of underground workings.

I find it interesting that I can have such trouble dealing with heights and yet can go deep into a mountain side in a mine or a cave and have no problem whatever. There must be something in that. 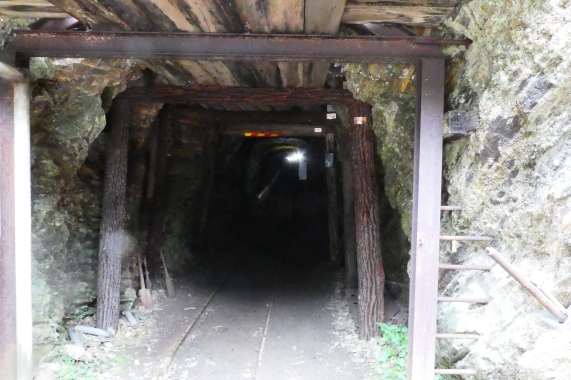 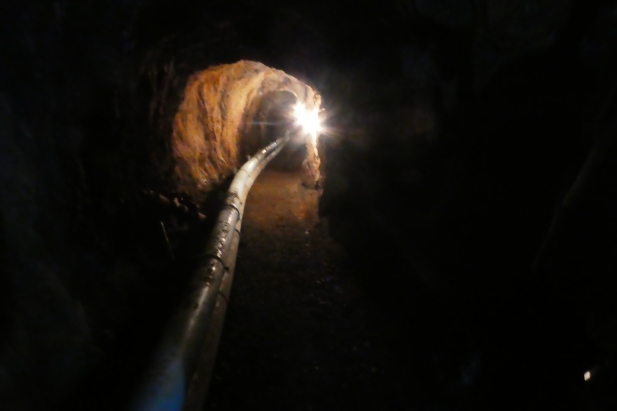 I found a map of the mine very interesting, though I couldn’t get my head around how far underground the men actually went. Apparently, to cope, a lot of their pay went to the pubs at night. It must have been a hard life for the women. 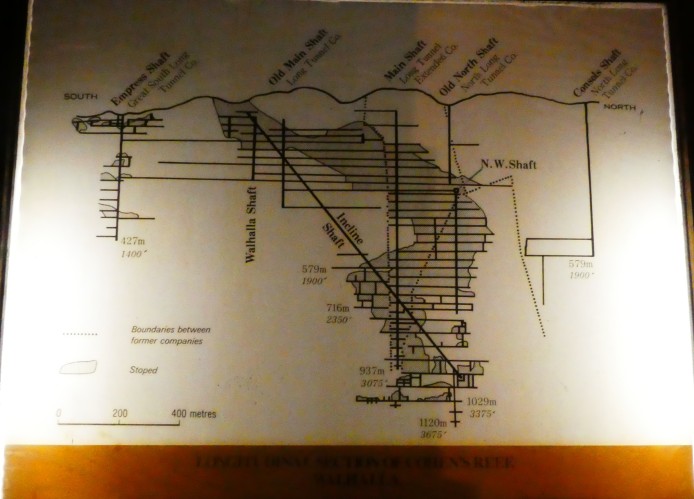 This is the tea room. The workers in this mine were considered to be very well-treated. They even had a toilet. Most mines didn’t have these luxuries. 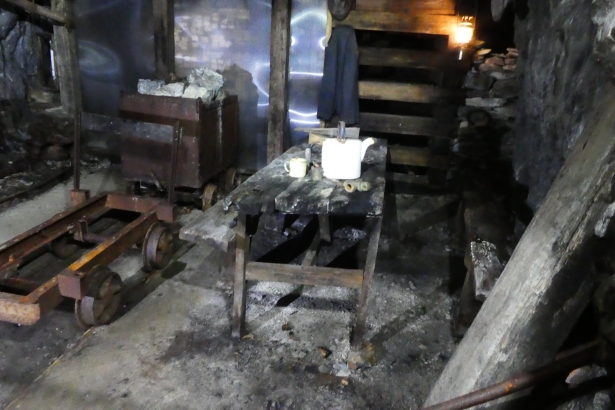 It’s a very interesting tour, a little insight into the early mining industry.

Back out in the fresh air, I wandered past the last few remaining original buildings to the picnic ground. 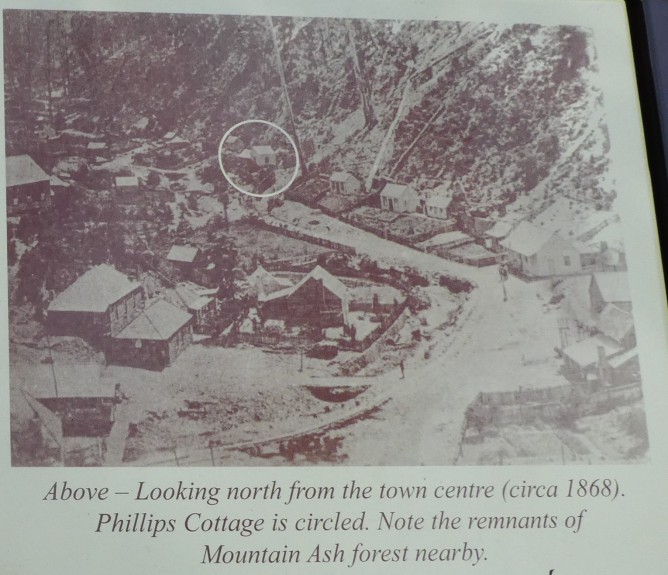 There’s a lovely feel about Walhalla, very quiet and peaceful, in its valley surrounded by forest-covered mountains.