A few days ago, mild temperatures and sunshine were forecast. I took the opportunity to head into the Royal Botanic Gardens for some much needed exercise and sun. I had never properly explored them before, sticking mainly to the edges along St. Kilda Road, or climbing the hill to the Sidney Myer Music Bowl, an outdoor entertainment venue that’s hosted hundreds of performers over the years. The Bowl sits in a valley surrounded by hills.

When I used to go in the 60s, we would just climb the hill and plop down on the grass. Now there’s a fence around and, though they still have some free concerts, you often have to buy a ticket and then queue up to get in. Sad.

Just outside the fence, the Council has installed a pop-up Shakespearean theatre in the style of The Globe, for a season of the Bard’s plays, a nice innovation I’m hoping to take advantage of in the next few weeks. 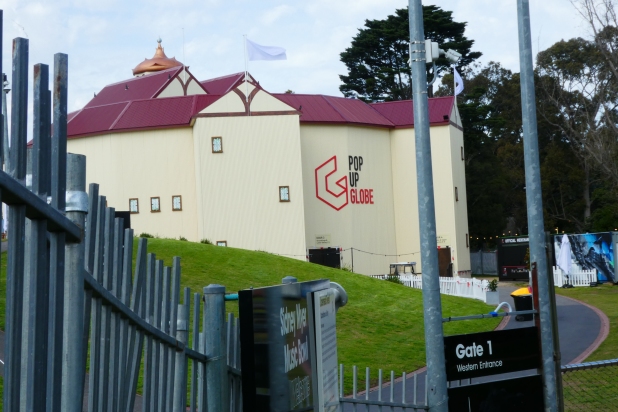 Rotundas and gazebos are dotted throughout the gardens. This one commemorates Lady Jane Clarke,  who was a great supporter of education for girls and women. She donated £5000 to establish the first ever residential accommodation for women students, at Trinity College, Melbourne University.

Among other things, she was instrumental in establishing the Ashes Test series. Such an interesting and achieving woman. 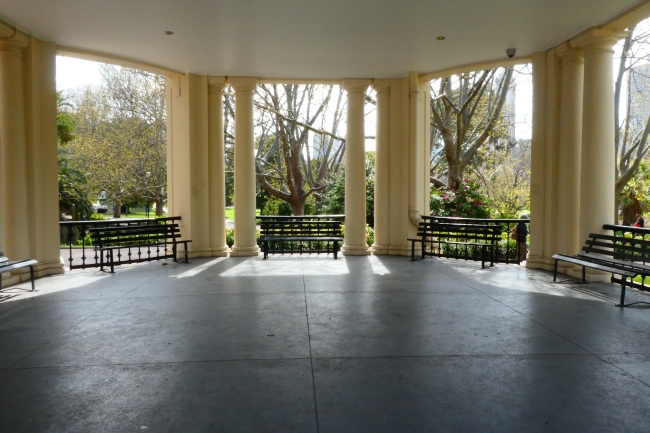 Some very deep and meaningful person left a message on one of the walls. 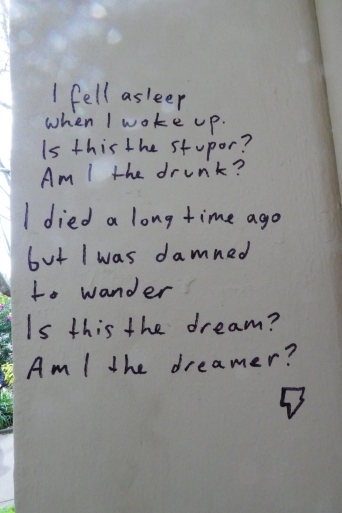 From here, you can look across the river to where several large sporting venues are grouped together, one of them being the National Tennis Centre, home of the Australian Open. Rising from behind is the mighty Melbourne Cricket Ground, now known simply as ‘the G’. It’s currently hosting the Australian Rules Football finals series. On Saturday, 100,000 people will pack in for the Grand Final. 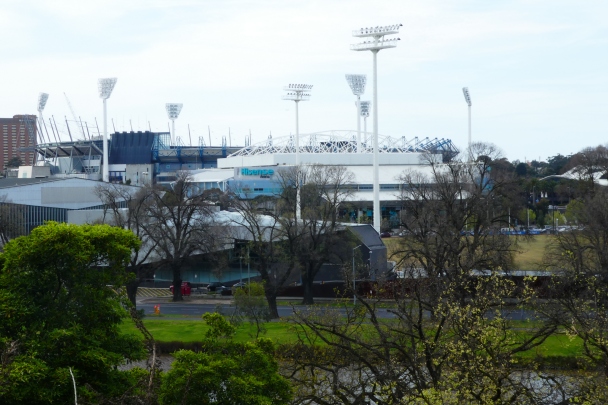 A lovely little formal garden to wander around is this one: The Women’s Memorial Garden, created as a memorial to the pioneer women of Victoria, as part of the celebrations of Melbourne’s Centenary in 1934.

An English Oak in bud. Spring must be coming at last.

This is a heavenly little spot for a bit of quiet contemplation. 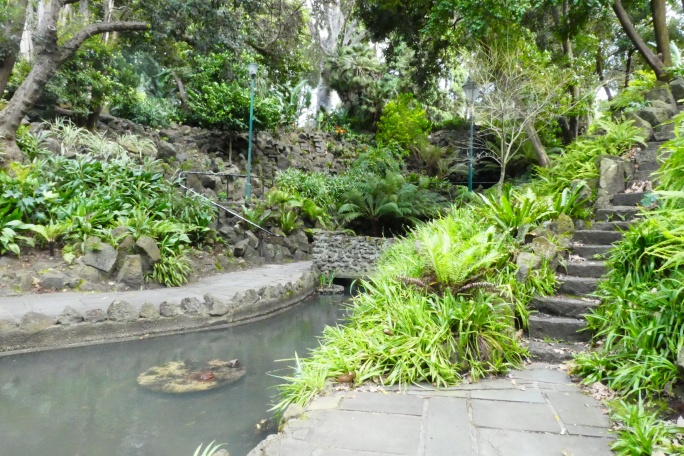 Government House sits on a high hill overlooking the city. Do I want to go up into that tower? I do. Something about all those fairy tales as a child. The princess always seemed to end up in a tower.

I’m ashamed to say, after having lived in Melbourne all these years, I didn’t know the gardens had an ornamental lake and wetlands. 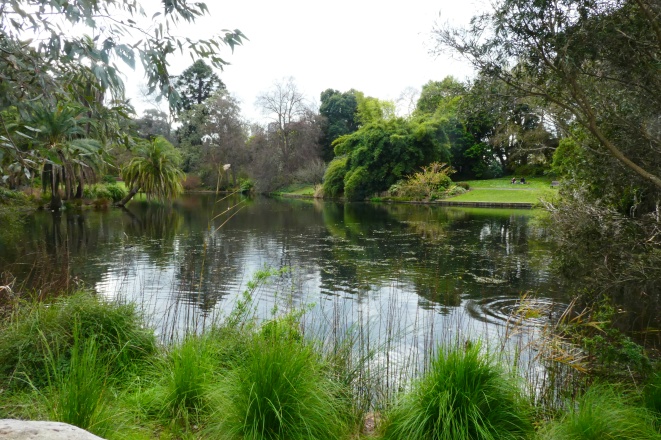 The tower rising above the trees. So theatrical. 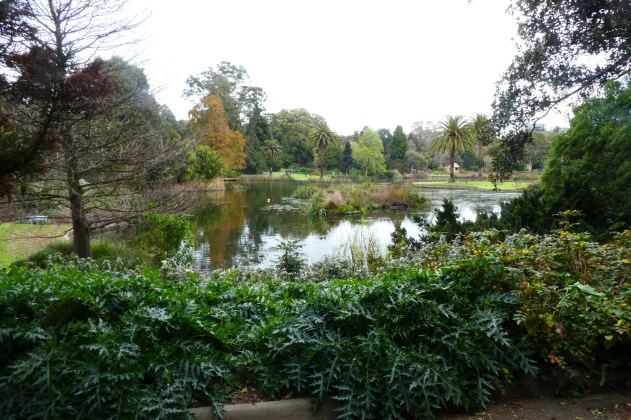 It was a lovely walk around to a very nice cafe/restaurant on the other side for a rejuvenating cuppa, before continuing. I recommend their hot chocolate. 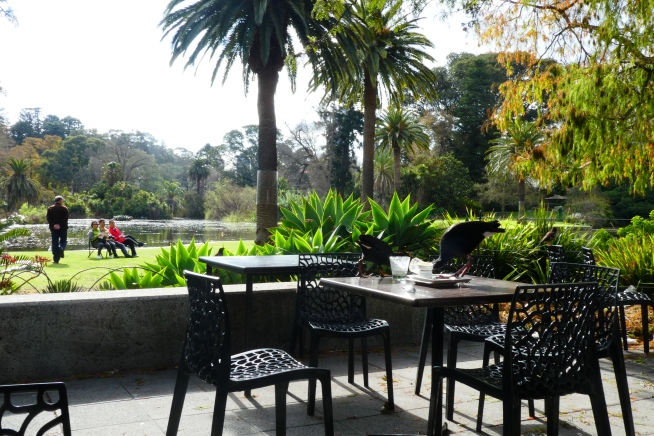 A water bird helps itself to the remains of someone’s ice cream. So funny seeing ice cream all around its beak.

A tourist group took the opportunity to stop for a game of cards in one of the gazebos.

I often forget how important nature is to me until I’m reminded. Fern Gully did that for me. 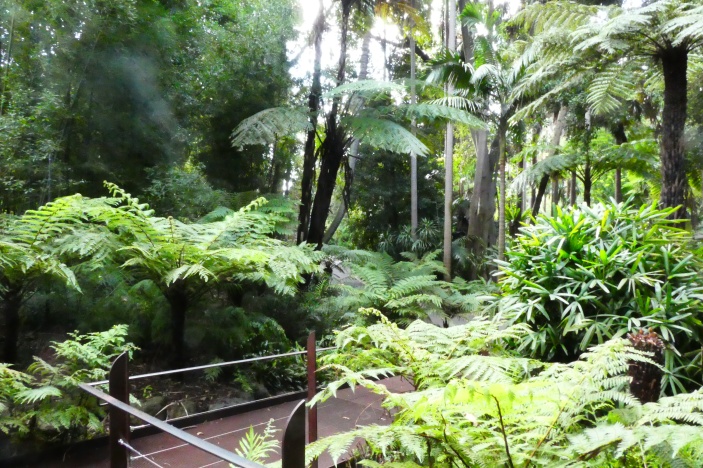 The city  towers also seem to rise up out of the tree tops.

The E Gate Lodge was built in 1888 as the senior gardener’s residence. During the 1880s, as many as seven families lived within the gardens.

This is just a few snippets of what you’ll find in these beautiful gardens and, conveniently, they’re right in the centre of the city. Get off the train or tram at Flinders Street station, cross Princes Bridge and you’re there.