Skipton is one of the towns connected by the Leeds Liverpool Canal. The canal was opened in 1816 and, at 127 miles, is Britain’s longest inland waterway. After spending the morning at Skipton Castle, pretending I was in an episode of Robin Hood, I wandered down the steep High Street to the quay.

Barges, narrowboats as they’re called, were queued all the way along the bank of the towpath, continuing round a corner between factory buildings and out of sight. I couldn’t resist seeing where they led.

Narrowboats were originally designed to transport cargo, though some were packet boats, carrying passengers, letters and parcels.  Their maximum length is around 70 feet, the length of the locks, though most are shorter so they can cruise anywhere on the connected network of British canals.

Modern narrowboats are used for holiday accomodation or as permanent residences, as these seemed to be. They have similar features to a small house: central heating, flush toilets, showers, stoves and fridges. Some even have satellite TV and mobile broadband.

TV antennas and washing lines sprouted from roofs. There doesn’t seem to be much in the way of rules to regulate ornamentation. Each boat was different to the next. There were reds, greens, blues, yellows and white. All were embellished in some way to show the personality of the incumbent, one with windmills, another with posters and others with elegant curtains and flower pots. 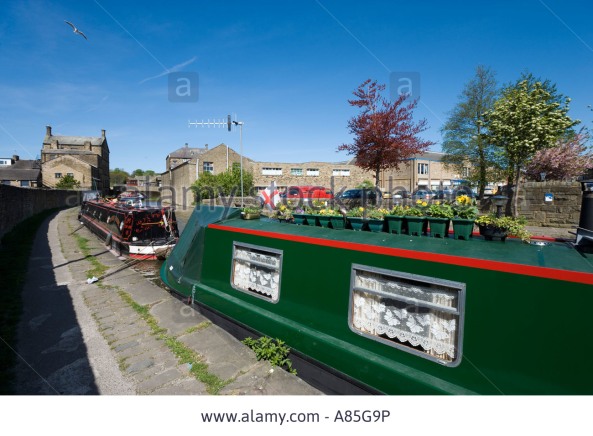 What an interesting little community it must be. I wonder what it costs to live there.  I wouldn’t mind giving it a go for a while, though at only 6 feet 10 inches wide, it would take a bit of getting used to.

Back at the quay, I booked a half-hour narrowboat cruise that passed beneath the castle. I climbed on and found a spot on a bench opposite a young woman and her five-year-old son. We chugged along the main waterway, branching off at the junction of Spring’s Branch Canal into a version of Sherwood Forest. 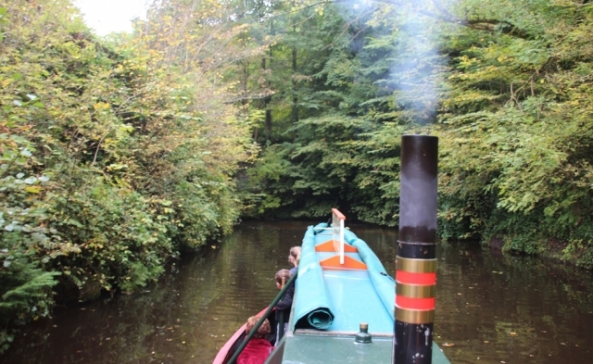 Light filtered through thick trees, branches brushed the sides of the boat and the castle walls towered far above us. I can understand why castles were built in these locations. It’s extremely intimidating looking up towards the turrets high above, especially considering what was coming through the holes in the kitchen waste chutes and the garderobe.

We bobbed for a while in a green world, the only sounds the chirping of birds hidden in the foliage. The boat executed a three-point-turn in a space not designed for narrowboats to do three-point-turns, and we returned to the quay. 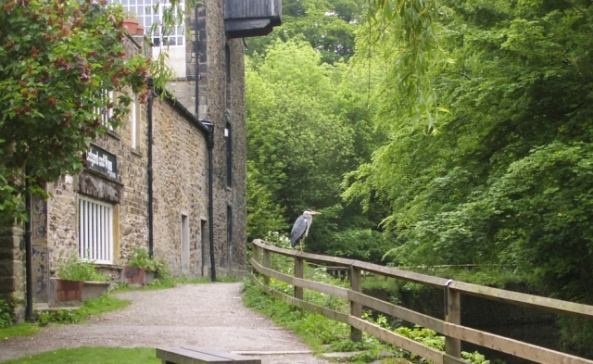