A must, when visiting Hobart, Tasmania’s capital city, is Salamanca Market, sprawled between historic warehouses and the waterfront, famous as the finishing line for the Sydney to Hobart Yacht Race, held every year on Boxing Day.

‘I’ve just come from there,’ I said to a man in a stall filled with stunning photos of the west coast and Queenstown. ‘Coming out through the hills I couldn’t look. I thought I was going to die.’

‘Yeah?’ said a man next to me. ‘I went in from the other direction – with a caravan.’

I’m ridiculously relieved to hear that someone else found it difficult. There are others with my neurosis, it seems. It is a neurosis, I guess. After all, why would you drive off the road – or fall off a cliff? Why, if you can drive on a flat surface, can’t you drive just as safely on a mountain? I keep pushing, though. One day I’ll win.

I wandered for a while through the stalls, eventually finding a nice necklace from Peru for $20. I’m guessing, from the price, the stones aren’t precious.

Dubbed by Noel Coward as ‘a dream of a theatre’, the Theatre Royal opened in 1837 and is Australia’s oldest working theatre. It was designed by Peter Degraves, founder of Tasmania’s famous Cascade Brewery, amid the public houses, brothels, factories and workers’ cottages of Wapping.

Its entertainment ranged from music hall to cock fights, even helping to quench the thirst of patrons at The Shades, a seedy tavern that operated beneath the theatre, with its own entrance door into the pit. It’s rumoured that during intervals, drunken prostitutes could be seen bounding across the seats to the conveniences, much to the chagrin of the gentry in the boxes.

It’s recently been renovated, and being an amateur ‘theatric’ from way back, I was hoping to have a look around. She picked up on my disappointment.

‘Well, maybe just for a minute. It’s a school production and they’re opening tonight so they mustn’t be disturbed in any way. We can look in but you mustn’t speak.’ I promised not to say a word.

The theatre is round, its seats covered in burgundy velvet and its balconies elaborately ornamented in gold and silver. 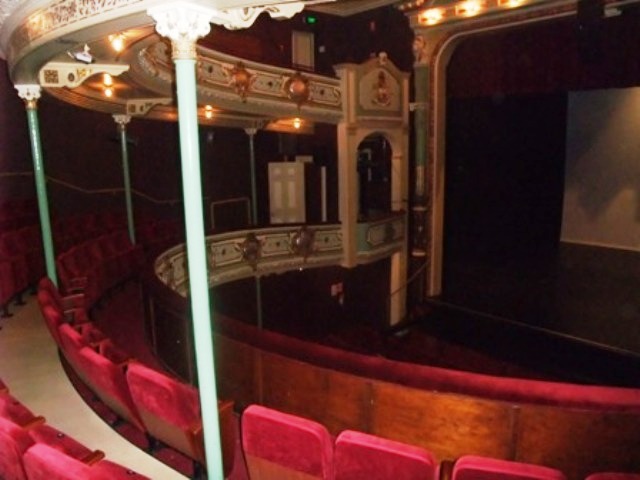 A giant dome oversees the stalls, dropping a crystal chandelier from its centre. 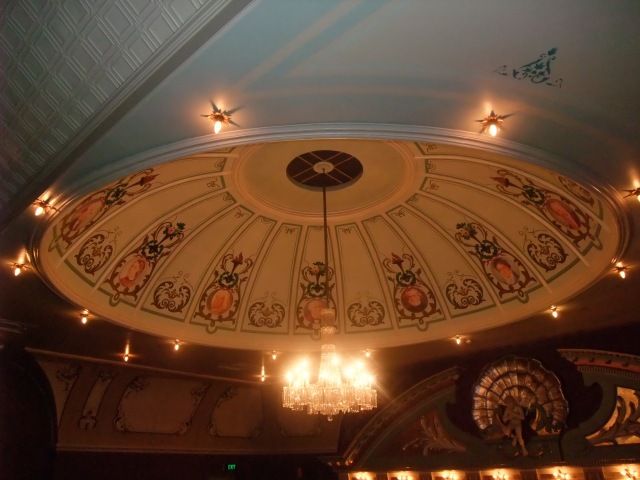 ‘I’ve done a lot of revue myself,’ I’ve completely forgotten my promise not to talk, ‘so I wanted to have a look at this theatre.’ My voice always gets louder when I’m excited. ‘It’s so famous.’

She pushed her hand into my back and I grabbed another look before she hurried me out.

‘Thanks so much for that,’ I said, ‘it’s gorgeous.’ I was ‘sucking up’ to make up for talking loudly, but it worked.

‘Yes,’ she said. ‘We had Jackie Weaver and Barry Otto a while ago and they were thrilled to be performing here. They said it’s their favourite theatre.’

I believe her. She rushed away.